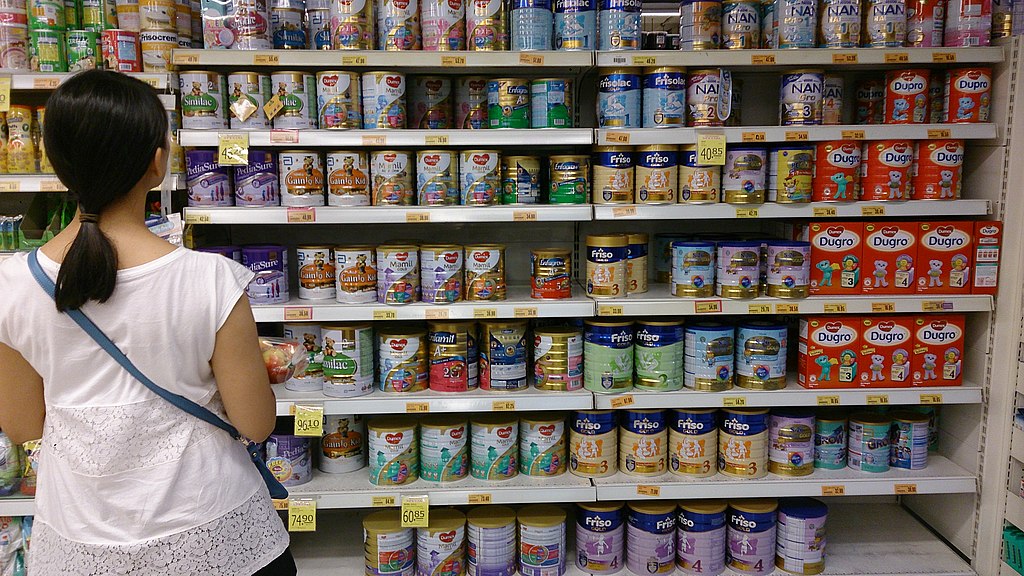 The United States faces a growing national shortage of infant formula. At the start of 2021, the national infant formula stock-out rate fluctuated between 2% and 8%. The stock-out rate began to increase in July, eventually reaching 31%. And then, in the last three weeks of April, the rate suddenly shot up to 40% nationwide. In many places, the situation is particularly dire, with 26 states reporting above-average rates, reaching as high as 57% in some areas.

Even in the United States, the richest country in the world, home to 735 billionaires whose combined fortune amounts to $4.7 trillion, capitalism is unable to secure access to something as basic as baby food.

Inflation and pandemic-related supply chain issues have exacerbated a pre-existing problem of inaccessible baby products. Infant formula has long been notoriously expensive in the United States, making it one of the most stolen items from pharmacies. Last year, prices for major formula brands jumped another 18%, lining the pockets of the companies that produce them and hitting poor families the hardest.

Additionally, there have been crises in formula manufacturing that have exacerbated the shortage, such as the closure of Abbott Nutrition last February due to safety concerns at the company’s factories. Major formula brands like Similac, Alimentum and EleCare have been recalled after several infants contracted rare bacterial infections from the products.

This distressing shortage has pushed the parents of infants to great efforts. Some have hunted the state to locate the formula or attempted to barter in online groups, where scams and price gouging abound. Parents who are lucky enough to find formula have felt compelled to buy as many as possible, leading some stores to impose transaction limits on the product. Desperate parents have even felt compelled to dilute their stocks with water in order to stretch their supply as long as possible, which could lead to babies having seizures or brain damage due to nutrient deficiency.

The shortage of infant formula is now a national crisis. In the United States, three out of four parents or caregivers of infants rely on formula to some degree. Special types of formula for babies with life-threatening allergies or special conditions are even harder to find than regular versions.

It is particularly ironic that the shortage of formula occurs in the context of the national struggle for abortion rights. If the true goal of the so-called “pro-life” anti-abortion forces is to preserve the lives and health of babies, why do they show no outrage or concern about the fate of parents of babies who are actually alive? Obviously, the only concern of these fanatics is to control women’s bodies.

The FDA says it is working to address infant formula shortages, but an end to this problem is not yet in sight. Amidst the incredible wealth and luxury of this grossly unequal society, babies of working class parents still face malnutrition due to the failures of the system.

2022-05-11
Previous Post: Should the government crack down on predatory lending
Next Post: The Hungarian right is the most successful political movement in Western civilization, according to the chief organizer of the CPAC in Budapest