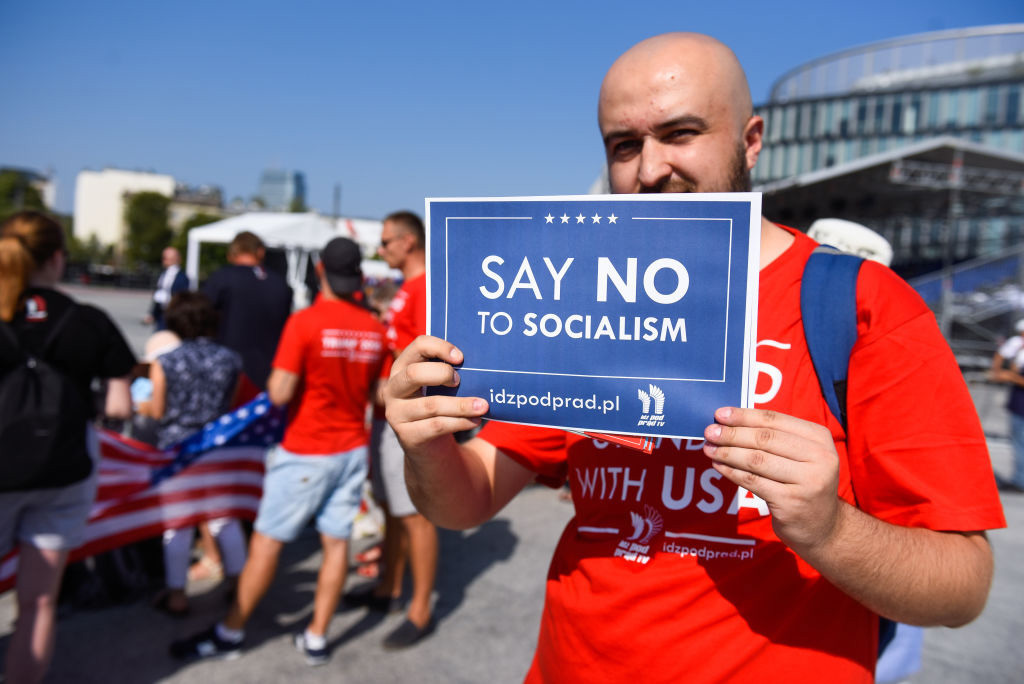 If Jesus were physically here today, he would be promoting capitalism

Roger Olson, Emeritus Professor of Christian Theology at Baylor University, recently published an essay titled “Why I’m a Socialist: Because I’m a Christian.” He added, “I think laissez-faire capitalism, especially its social Darwinist variety, is contrary to the spirit, the ethos, of Jesus Christ, which is compassion for the weak, the vulnerable, The “little ones”. The defender of Jesus if he were here, in person, physically, today? »

In other words, Jesus today would be a socialist, according to Olson. But the professor is wrong in logic, hermeneutics, history and economics.

The obvious error in Olson’s reasoning is his logical leap, called the non-sequential mistake. Olson believes that compassion requires the state to steal from the rich and give to the poor. Otherwise, there is no compassion. What about charity? Olson never mentions it. Is there really nothing between socialism and the ruthless oppression of the poor? Olson believes it. The Bible says we should care for the poor, but insisting that only the state can provide for them is a Evel Knievel logical jump through the Grand Canyon.

A Doctor of Divinity must be familiar with the principles of hermeneutics, which is the logic applied to the interpretation of the Bible. One of the main rules to guide this interpretation is to consider the audience. When Jesus said, “Blessed are the poor,” and encouraged his disciples to give to them, was he addressing politicians? No, the politicians avoided Jesus and He was not a political politics buff anyway. He spoke to crowds of the nation’s most ordinary people, many of whom would be part of his Church. Thus, He encouraged individual charity towards the poor. Charity in the Bible is never imposed by the state. It is required by God, not by the government.

Another important principle of hermeneutics is to consider the historical context. Olson must read Jerry Bowyer’s book, The Maker Versus the Takers: What Jesus Really Said About Social Justice and Economics, which shows that Jesus’ attacks on the wealthy took place when he preached in Judea where most of the wealthy had stolen their wealth from others. The Bible often condemns the wicked rich, but describes honestly acquired wealth as a gift from God.

Olson also ignores the 150 years in which economists proved Marx wrong. But for Olson, ignorance of economics is not a problem; Marx said it, and that settles the problem: “The socialism that I embrace is not tied to any political party… It is not Marxism, although he thinks that Marx’s critical analysis of capitalism has merit… Its best visible representations are in the Scandinavian countries.

Olson ignores that Finland (9), Denmark (10) and Sweden (11) rank above the United States (25) in terms of economic freedom according to the Heritage Foundation index. But that does not mean that these Scandinavian countries are capitalist. They are not. This means that the United States is more socialist than the socialist countries that Olson admires. Nor does he care that the poor in the United States are richer than the poor in the Scandinavian countries because our standard of living is higher. But he acknowledges that the United States has implemented many socialist programs: “Much of socialism actually manifests itself in many things that American society takes for granted, such as Social Security, Medicare and Medicaid and the public ownership of many means of transport, etc.”

Olson ignores the warnings of 19th century Christians who feared giving too much to the poor instead of too little, as Marvin Olasky demonstrates in The Tragedy of American Compassion. Indiscriminate giving through government welfare programs encourages the drug and alcohol abuse, laziness, and single-mother-headed households that produce most of our criminals. Indiscriminate giving to the poor greatly increases their numbers as more choose not to work and encourage the vices that keep people poor. We have proven that any American who graduates from high school, avoids drugs and alcohol, does not commit crimes, shows up to work on time and is faithful to his wife or husband, can live a style of middle-class American life, the highest standard of living in human history.

Leaving Marx to define capitalism for him, Olson offers a dishonest portrayal of it: “What would Jesus advocate if he were here, in person, physically, today? I believe he would speak prophetically, as the Hebrew prophets did, against those who advocate a government that allows the weak, the disadvantaged, the sick, the handicapped, the poor to slip through the cracks simply to maintain “economic freedom” for the rich and powerful. But asking a drunken atheist to define capitalism is as reasonable as letting atheists define Christianity; they will not approach the truth.

The 19th century was the golden age of laissez-faire capitalism in the United States and the United Kingdom, as theologians viewed it as a Christian economy. He raised the citizens of both nations to extraordinary levels of prosperity compared to previous centuries. And because of our greater wealth, Christians cared for the poor better than anyone in history, without subsidizing alcoholics or men who refused to work.

Yet Olson sees capitalism as a great evil. Does he analyze the economic theology of the great proponents of capitalism, such as Francis Wayland, Baptist pastor, president of Brown University when it was a Christian school and author of one of the most popular economics textbooks of the 19th century? No, Olson doesn’t care.

Few theologians have devoted the necessary time to learning economics. Like Francis Wayland, Paul Heyne was one of those who did, and it is worth reading, especially Are Economists Fundamentally Dishonest? Christians should avoid theologians with doctorates who, bored with theology, stray into the paths of other disciplines like economics. They don’t know any more than any random man on the street in other areas. And in doing so, they are dishonestly trying to project the authority of their doctorate in one area onto their uninformed opinions in another.

What would Jesus advocate if he were here, in person, physically, today? He would promote laissez-faire capitalism, because He wrote the Book from which the principles of capitalism came.

Roger D. McKinney lives in Broken Arrow, OK with his wife, Jeanie. He has three children and six grandchildren. He received an MA in economics from the University of Oklahoma and BAs from the University of Tulsa and Baptist Bible College. He wrote two books, Financial Bull Rise and God is Capitalist: Markets from Moses to Marx, and articles for the Affluent Christian Investor, the Foundation for Economic Education, the Mises Institute, the American Institute for Economic Research, and Townhall Finance. Previous articles are available at facebook.com/thechristiancapitalist. He is a conservative Baptist and promoter of the Austrian School of Economics.

2022-06-20
Previous Post: The European Christian Political Movement presented in Spain, Evangelical Focus
Next Post: Reviews | Why do tens of millions of people in the United States support an economic system that does not benefit them?