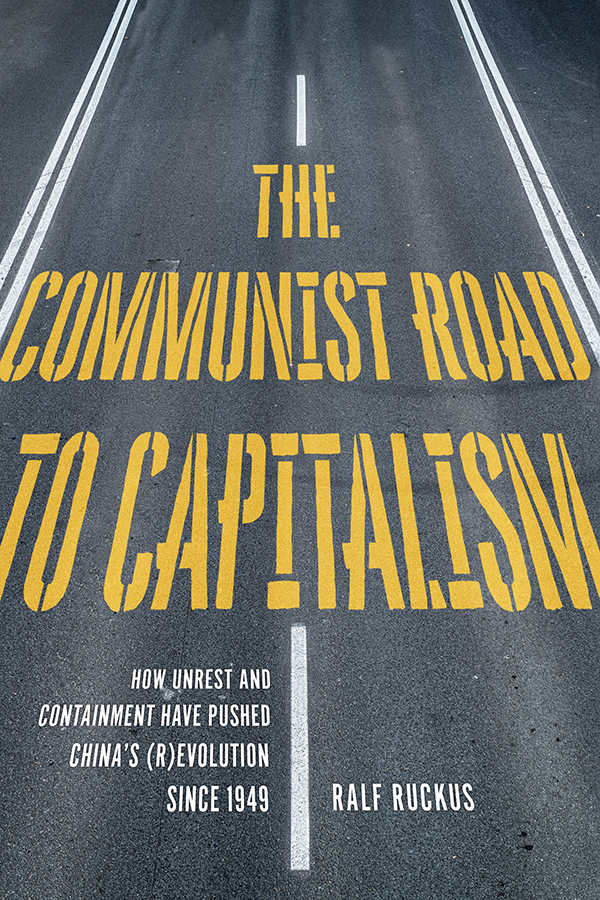 A review of The communist road to capitalism: how social unrest and lockdown have driven Chinese (r)evolution since 1949, Ralf Ruckus (PM Press, 2021), £12

In The communist road to capitalism German activist Ralf Ruckus takes a rather different approach to most stories of communist China. While writers generally focus on the leadership of the Communist Party and its internal conflicts, Ruckus writes history from below. Chinese workers and peasants are not only victims of policies from above, but can also sometimes be agents of change, forcing the hand of the government – ​​a “process of partial concession and consolidation of leadership” ( p46).

A wave of strikes against the communist regime broke out in 1956-7 (p47-48). This was at a time when the nationalization of industry was being imposed, often with a detrimental effect on the wages and conditions of workers. At the same time, Mao Zedong encouraged a limited openness to intellectual debate in what became known as the Hundred Flowers movement. He was targeting his opponents in the Communist Party. However, when this resulted in a deluge of criticism that went far beyond what was expected, management closed ranks and shut it down.

A decade later, Mao went much further, mobilizing millions of young people against those who tried to marginalize him. Although it has been called the Cultural Revolution, the culture has only been the pretext for a fierce struggle within the highest levels of the communist bureaucracy that has resulted in vicious and deadly fights between groups of “guards red”. Nevertheless, these cleavages at the top have allowed critical ideas to resurface, with some activists describing the People’s Republic as a class society and condemning their exploitation by “red capitalists” (p64). Fear of losing control forced communist leaders to end the Cultural Revolution.

The strikes and protests of the mid-1970s, combined with popular hostility to endless top-down political campaigns, helped convince leaders that change was needed after Mao’s death in 1976. Since then, workers’ struggles have become a permanent feature of Chinese society. Although these “remained socio-economically limited and did not become serious political threats to the central regime”, they were able to extract concessions from both local governments and their employers (p169).

The experience of women under the communist regime is another thread running through the book. Despite some promising early reforms, for example in marriage law, the regime failed to live up to Mao’s maxim that ‘women hold half the sky’. Women’s needs were subordinated to the state-led development effort. So when labor was scarce, they were mobilized into the workforce using slogans of equality, but at other times they were told to stay home as ” socialist housewives” (p65).

Ruckus shares with many others an interpretation of the reform period, which began in the late 1970s, as a transition from socialism to capitalism. However, if it takes massive social upheaval – a revolution – to bring about a socialist society, how could it return to capitalism even if the same party, and much of the same personnel, remained in power? Many authors simply avoid this question. To his credit, Ruckus is willing to tackle this problem and attempts a theoretical analysis of the transition.

He describes the period from the mid-1950s to the mid-1970s as socialist and the mid-1990s as capitalist. Thus, the years between these two periods (as well as the first years of the communist regime) were years of transition. Ruckus admits that what he calls “actually existing socialism” shared “certain central characteristics with capitalism.” This mimicked a “form of capital accumulation” to fund industrial development in workplaces that were “hierarchically organized and employed labor regimes and technologies reminiscent of capitalist enterprises” (pp8, 26, 28 and 42). This created a “rigid class pyramid” with a “new socialist ruling class” at the top, which then “transformed into a capitalist ruling class” in the second transition (p34). Although Ruckus says it is a mistake to “understand state ownership, welfare and centralized one-party rule as equivalent to socialism”, it is hard to see what is left here (p171).

The tradition with which this journal is associated shares much of this analysis, but goes further and identifies Chinese society under Mao as state capitalist. Ruckus rejects this approach, which he sees as grounded in Chinese communism’s failure to “abolish wage labor“, “surplus labor extraction” and the “factory system”, as well as the fact that it established a “one country” socialist regime. Internationalism and an end to exploitation must surely be qualities of any meaningful socialism, but there is a more fundamental reason for identifying the Chinese system as state capitalist. China under Mao reproduced the defining characteristics of capitalism: competitive accumulation based on the exploitation of labor.The peculiarities of state capitalism are that competition is exercised primarily through interstate military production rather than commercial competition in the market, and that the surplus produced by exploitation is accumulated by the state itself. However, what Marx called the “relations of production” are much the same. Seen from this angle, it dev It is much easier to understand how the communists’ “exploitation” economy failed to “break away from the core elements of the previous system” and why it was relatively easy for bureaucrats to later turn into private capitalists. (p181).

All in all, a very welcome contribution from someone who is actively engaged in the struggles of ordinary Chinese people. However, he is trying to cover too much ground. Ruckus wants to provide both a history from below 70 years of communist rule for those unfamiliar with that history and a theoretical attempt to understand the transitions to and from “actually existing socialism”. Further exploration of the links between different struggles from below and political changes at the top would have been useful.

Although Ruckus’ theoretical framework is rather weak and sometimes contradictory, his highly critical attitude towards Chinese “socialism” means that he takes very honorable positions on the most important contemporary issues. For example, he opposes the current hostility of the United States towards China. At the same time, he is sympathetic to the democracy movement in Hong Kong and denounces the harsh repression of the Uyghur people. This book is intended as a contribution to debates on how to overthrow capitalism and end oppression. The emphasis on struggle from below gives him a rare optimism about the potential for creating a “very different and much better version of ‘socialism'” (p168).

Simon Gilbert is a member of the Socialist Workers Party and is based in Oxford.

2022-04-20
Previous Post: If you love democracy, you should oppose capitalism
Next Post: Stranger Things is a great way to explain the evils of capitalism